In the past twenty years, people have begun to travel more than ever. In fact, data from the National Travel and Tourism office shows a 268% rise in outbound international travel in the United States between 1996 and 2016.
People engage in international travel for many reasons, whether it be for a gap year, a honeymoon, a holiday vacation, a business trip, or a long-term relocation. Whatever the reason for your travel, there are universal givens ranging from packing a bag, to booking your accommodation, and to figuring out finances.
This is where things get tricky. Money can be used to purchase just about anything in any location, with the caveat that you have the correct currency for where you’re located. If you’re traveling for only a short period, it is generally pretty easy to obtain the currency you seek. In rare events, something may go wrong, and you need a loved one back home to send you the money. In other occasions still, particularly if you’re working abroad, you may find yourself wishing to transfer money back to your bank account in your home country.
For those who are, or will be, in similar circumstances, common foreign currencies include (as of October 2018): 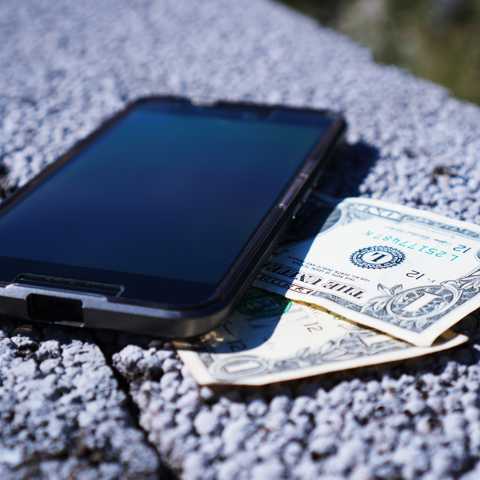 It is in that last situation, or in regards to any international payment, that digital money transfer services have begun to crop up in multitudes. Sure, you might be used to using Venmo to pay rent or split a bill with your friends, but that application and many of its brethren are useless when leaving the United States. Once forced to ditch your favorite money transfer app for one that’s internationally savvy, the question then becomes which of the many options to go with. To that end, we’ve compiled a list, in no particular order, of the top six International Money Transfer Services in order to help you make that decision. For the sake of consistency, we’ve only included services that are exclusively digital.

What are the top international money transfer services?

Intended for those who either work abroad or with international businesses, Veem obviously strives to be the ‘Venmo’ of the bunch. This is reflected in the simplicity of its longline - “Business Payments in a Click”. Unlike Venmo, however, Veem portions itself as a provider of global bank transfers, with usability in over 95 countries around the world.
When it comes to the user experience, again, Veem is great for businesses. With inter-company transfers, domestic payments, and local currency transactions all absolutely free, there’s little reason not to give them a shot.
At the end of the day, Veem offers a money transfer service that aims to be faster and cheaper than any bank. Between that goal, their multi-lingual customer support, their tracking services, and their secure servers, Veem offers many reasons to be considered one of the top in the industry.

Between its low cost, rapid transfer times, simple use, and trusted reputation, WorldRemit is a solid choice for international money transfer. What’s more is that between its list of over 75 countries and territories of possible destinations, WorldRemit allows its users to deposit into banks, to pick up cash from real-life locales, to transfer money between digital mobile accounts, and to top-up prepaid mobile plans.
At its core, as per its tagline, WorldRemit positions itself as “a better way to send money”. Simple and to the point, WorldRemit’s not only better, but also simpler. When it comes to function, this application simply requires a country, a dollar amount, an origin, and a destination. Although straightforward, it’s important to note that WorldRemit does not offer a fee-free service. When sending money from the US to Canada or any country Eurozone nation, for instance, a flat fee of $3.99 will charged, regardless of amount.
Beyond daily use, WorldRemit entices its users to make multiple return transactions by way of its touted security protocols. With security endorsements from VISA, Mastercard, Microsoft, and PCI, as well as over 85,000 supporting user reviews, this would be a difficult factor to ignore.

By operating through its subsidiary, Xoom, PayPal allows free digital money transfers from the United States to over 75 countries around the world. With an upper transactional limit of $25,000, Xoom enables its users to send money, pay bills, and reload their phones all within seconds.
In addition to its services, Xoom aims to provide its users with peace of mind as well. This comes in the form of a money-back guarantee in the event that your money does not make it to its intended destination, as well as a number of proprietary security methods.
By and large, regardless of whatever Xoom may offer on its own, it is a subsection of PayPal and all the benefits that come with it. As one of the oldest and most trusted digital finance companies, it should go without saying that your money will be in good hands whilst with Xoom. 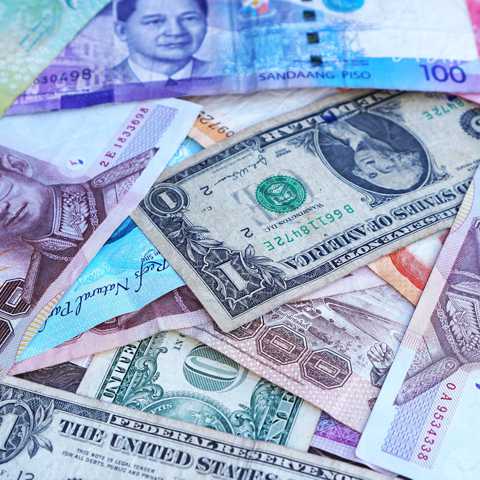 Hailed in one review as the future of international money transfers, TransferWise is clearly out to reshape the mold of how apps of its kind operate. With a tagline of “Bye Bye Bank Fees, Hello world”, it seems to be doing just that.
TransferWise, above all, seems to be about cost saving. It argues that, through hidden costs and predatory exchange rates, banks can help themselves to an average of 5% of the transferred sum. To that end, through TransferWise’s low-cost and clear interface, the application claims to be 8x cheaper than other similar methods.
With pricing calculated on a country-specific basis, it is difficult to ascertain if 8% is truly correct. In the event that you’re sending money to the United Kingdom, for instance, TransferWise charges .6% on top of a $1.25 fee. On the other hand, transfers to Thailand and China incur charges of .85% and 1.1%, respectively. At the end of the day, however, with over 3 million customers, FCA approval, and 59 approved countries, the evidence of their claims speak for themselves.

Beyond all else, Transfast is about helping its users to save time, even if it's just a few clicks at a time. This speediness comes, primarily, in the form of 24/7 access, as well as the three simple steps involved in the use of its service. Once you’ve selected the recipient’s nation and information, and designated an amount, your transfer will be ready to go.
Transfast doesn’t just have timeliness on its side, but also longevity. With a business history going back over a quarter of a century, this service provider is certainly no stranger the factors that separate the good transfer companies from the bad. Overcoming said obstacles, Transfast works well when it comes to fair exchange rates, thus passing greater onto its users. Moreover, with over 50 possible recipient nations and 200,000 points of payment, Transfast offers a flexibility not possible with every one of its competitors.
In addition to its usage process, Transfast also offers a surprisingly low transfer fee. For every transfer, whether it be $5 or $500, between the US and Japan or anywhere else, this company charges a solitary reasonable amount of $4.99. Moreover, if something goes wrong, for any reason, Transfast mandates a money-back guarantee as well as a respectable level of digital security intended to head potential issues off at the pass.

In big bold letters on its homepage, Skrill identifies itself as “EASY”. With the stated ethos of being able to transfer money to anyone at any time, easy is certainly a word that comes to mind. Other words that stand out - ‘convenience’, ‘confidence’, and ‘instant’. Therein, Skrill wants its users to know that not only can they transfer money at a moment’s notice 24/7, but also that their information, both personal and financial, will be well taken care of.
Unlike many of its competitors, Skrill does not contain itself to a single market. If you want to send money locally, that’s great, and if your sights are set internationally, that’s fine too. If you choose the latter, then nearly 40 countries and currencies are available to you. Moreover, the app allows you to receive money, bet, shop, and buy. This broad scope has paid off, with over 2 million customers served along with FCA approval.
Skrill, despite being easy, is not a 100% free service. Although they run promotions that nix the fees for a certain period of time, they are not constant. Additionally, if sending money to a card, rather than a bank account, Skrill will charge a predetermined percentage of the transferred total, depending on whether said card is VISA or MasterCard.
The Company