The 8 Best & Worst US Banks for Foreign Transactions

When it comes to banking, utilities, or phone bills, there is nothing worse than having to pay hidden or unexpected fees. Although a nickel here and a dime there might not seem like much at first, the real blow comes when the charges begin to add up and you take notice. Take, for example, airline baggage fees, where modern business models often charge for carry-on luggage or overweight checked baggage. In this example, while some airlines are certainly upfront about their prices and fees, others may require an in-depth investigation into their terms of service in order to find the cause of that pesky $75 charge.
Continuing with the travel theme, another major annoyance that tends to arise when jet-setting around the globe has to do with money. Sure, it makes the world go ‘round, but the fact that there are 180 currencies in present circulation means that certain financial entities stand to make a fortune from those seeking to exchange one for another. While this indeed true for currency exchange kiosks around the world, let’s take a moment to focus on the responsible party back home — your bank.
On paper, like much else, banking should be rather simple - A means by which your hard-earned money is stored. In practice, as you’re likely aware, simple is the last word you’d probably use to describe the financial industry. Investments, interest, wire transfers, cashiers checks, and on and on. Even the basic actions of deposit and withdrawal are not as straightforward as one would expect. 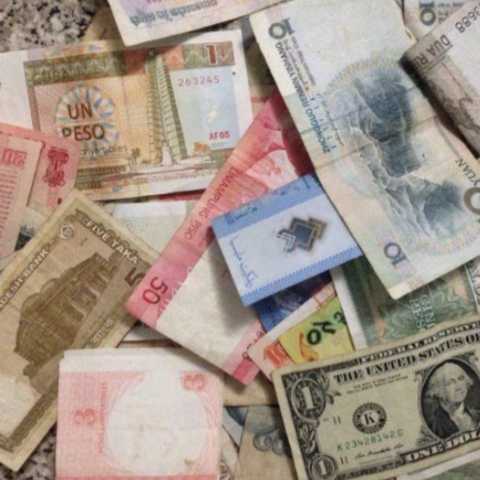 Signing up with a bank in this day and age is like entering into a committed relationship. In the same vein, just as your significant other expects exclusivity, so too does your bank. What’s more is that, in a lesser comparison to real life, if you deviate from the relationship, then penalties should be expected. Put plainly, when attempting to withdraw funds, your bank will charge a premium if done through a non-affiliated, or out-of-network, ATM.
While this may indeed be a nuisance through the course of your day-to-day life at home, it can become infinitely more so when leaving the country. Back home, chances are good that your bank and its fee-free ATMs are at least within walking distance. Conversely, regardless of whether you’re sightseeing in Istanbul or gazing upon the Taj Mahal, it is unlikely that your bank maintains a compatible branch around the corner.
Knowing this, many banks use this geographic ‘opportunity’ to their advantage. While domestic out-of-network withdrawals can incur a, for instance, $2 fee, there is nary a bank that won’t at least double that number when dealing with international currency. Again, while an extra fee here and there may not normally matter, international withdrawal fees can add up rapidly, particularly if your international adventure is longer than the average vacation.
This is where research is of critical importance. Despite the fact that your local bank offers many wonderful benefits, it’s possible that their foreign transaction fees are extortionate. What’s more is, just like those airlines, not all banks are entirely upfront about their policies on the matter. That’s why, for the benefit of your time and wallet, we’ve gone ahead and compiled the eight best and worst banks for foreign transactions, particularly when it comes to debit cards. 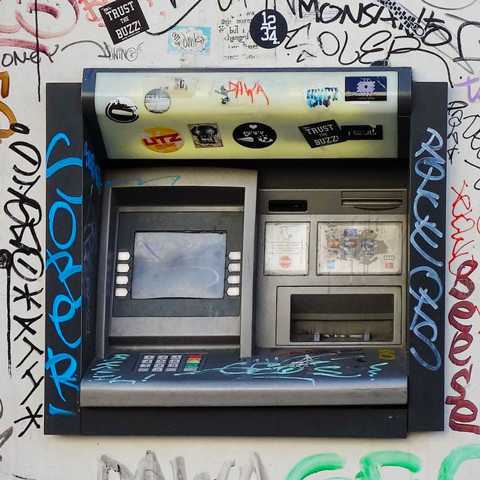 Which banks offer the lowest foreign transaction fees? Capital One 360

Fee-free banking is Capital One 360’s advertised mantra. Originally ING Direct, Capital One purchased and rebranded the product back in 2012. Internationally, Capital One 360 sets itself apart with zero foreign currency or ATM fees. However, take note that customers will still be responsible for non-reimbursable fees incurred by foreign ATM operators.

Charles Schwab might be known for its investment and trading, but don't overlook its banking division. As long as customers value benefits over interest rates, Charles Schwab Banking is one of the best available. Not only are there no international withdrawal fees, but Charles Schwab will also reimburse for any out-of-network charges.

Based in the San Francisco Bay Area, Patelco Credit Union offers the same financial services as its larger competitors. Although many of their products and services are touted as ‘fee-free’, foreign transactions are unfortunately not one of them. At present, Patelco’s foreign transaction fee stands at a reasonable 1% of the total.

Supposedly America’s most convenient bank, TD Bank aims to serve individuals, small businesses, and other commercial entities. Their emphasis on convenience really shines through when it comes to foreign transactions. Instead of charging a percentage like many of its competitors, TD Bank simply charges $3 per withdrawal and $0 per direct purchase.

As one of the largest banks in the world, Wells Fargo certainly has the power to charge whatever it wishes. Despite this, their fees appear to be reasonable, particularly in regards to foreign transaction costs. Although direct purchases incur a 3% charge, a typical withdrawal results in a comparably minor $5 fee.

As opposed to nearly every other financial institution, Alliant Credit Union is structured as a member-owned non-profit. With that said, it should come as no surprise that their fees are far from extortionate. With a 1% foreign transaction fee and a monthly $20 rebate, members will pay little in external costs abroad.

Directly operated by the National Credit Union Administration, Navy Federal Credit Union exists to primarily serve members of the United States military. With an eye towards not overcharging those in the armed forces, the NFCU simply charges a blanket 1% fee on all foreign transactions, plus an extra $1 at foreign ATMs.

Although only recently established as a bank in 2007, Nationwide itself has a history going back nearly a century. As the new kid on the block, Nationwide’s fees are a tad lower than their competitors. This is evidenced by their foreign transaction fees, which are valued at 1% of the total sum.

Which banks offer the highest foreign transaction fees? US Bank

US Bank has operated in its eponymous country, the United States, for over 150 years. With such establishment, their fees for lower-tier customers are noticeably on the higher side of average. For those planning to travel abroad, US bank charges $2.50 for out-of-network ATM transactions and a further 3% for currency processing.

The Hong Kong and Shanghai Banking Corporation, or HSBC, formally entered the North American market in 1999. Today, it is the 7th largest bank in the world. Even though it operates in over 80 countries worldwide, HSBC still charges members $2.50 to use foreign ATMs, in addition to a 3% transaction fee.

Citibank, as a subsidiary of the larger Citigroup, operates branches in 19 countries and is the 4th largest in the US. With such an international model, it would be reasonable to assume that their foreign transaction fees would be similarly accepting. Unfortunately, their $2.50 ATM fee and 3% transaction charges say otherwise.

As a subsidiary of the larger JPMorgan Chase, Chase Bank is the largest bank in the United States. With such prestige, unfortunately, comes the ability to nickel and dime to the extreme. At present, not only do foreign transactions cost $5 just for the privilege, but Chase also incurs 3% in fees.

With nearly 600 branches and $71.5 Billion in assets, Comerica is banking and wealth management company based in Texas. Although smaller in scale than other banks, Comerica doesn't boast minimal foreign transaction fees, with $5 for the ATM and 3% for the transaction, not counting the amount charged by the ATM operator.

Bank of America, or BofA, is a banking giant with nearly 16,000 ATMs across the US, as well as over $2 trillion in assets. With such size comes a lack of differentiation from its competitors, particularly in regards to international use - with $5 for the ATM and 3% for the transaction itself.

Santander North America is just one regional subsidiary of the larger Spanish-based Santander Group. While this may not be true for every one of its national offshoots, Santander in the US is one of the worst when it comes to international fees, with a $6 ATM charge and a 4% transaction levy.
The Company