I’m Thrifty, Not Cheap - Top 8 Tips for Traveling on a Budget

Without a doubt, international travel is more popular today than ever before. Just in the past couple decades, in fact, outbound travel from the United States has risen by over 170%. This means that, despite the stereotype, American citizens are seeing and experiencing other cultures at a frequency far beyond the norm.
However, everyone has their limits. Sure, jungle trekking in Laos sounds great on paper, but many would-be travelers grow timid at the prospect of leaving the creature comforts behind. To that effect, there are certain brands of traveler who cross the globe to, say, Vietnam, only to seclude themselves in an all-inclusive resort and eat foods that are familiar to their respective pallets.
That sort of ‘play-it-safe’ travel ethos is all well and good, but is definitively not for those who are budget minded. In fact, many travelers, would-be or otherwise, often desire to travel longer than their allotted paid holidays or savings allow. To that end, in the case of those experiencing the latter issue, we’ve compiled ten great money-saving tips for those traveling on a budget.

1. Public Transport is the best transport

Sure, there’s a certain appeal in taking the easy way out when it comes to transportation. This is especially true when arriving in a new country after dozens of travel hours, when trying to get across a city, or when traveling to a new part of a country. City Taxis are a great exemplar of this — they’re often air-conditioned, direct, and cheap by western standards, but they’re not the best way to save money.
In fact, when traveling, transport options can be broken down as such: fastest, cheapest, and most direct. Hong Kong, as a point of comparison, offers great examples of all three. When arriving at HKG Airport, the cost of a taxi to Central can result in a payment upwards of $40 USD. On the other hand, the cost of an hour-long public bus ride along the same route can range between $1.20 and $4, while the direct 35-minute airport train costs about $14 one-way.​ ​Therein, travelers are presented with the perfect cost-benefit analysis for transportation. Public may take longer but it is certainly cheaper!

For some strange reason, local hosts all around the world seem to think that visitors only want to eat things that they’re used to. For instance, when visiting Cuba, locals will only offer recommendations for nearby Italian restaurants rather than anything actually Cuban. The same frequently in countries all around Asia, South America, and the Caribbean.
As wonderful as fettuccini in India may sound, chances are that the international flavors do not come cheaply. For instance, a small bowl of noodles in Taipei costs about $1 USD, while a plate of spaghetti at a hotly recommended Italian spot may run up to $15-20.
With that in mind, especially in Asia, there’s nothing easier and more cost-effective than eating like a local. Plastic chairs, metal stools, very limited menus, and locals abound - these are hallmarks of local eateries all around East Asia. Once you’ve experienced it, your stomach and wallet will never want to go back, as you can find yourself full for less than what a six-inch Subway sandwich would cost you at home.

3. Hostels are not hotels 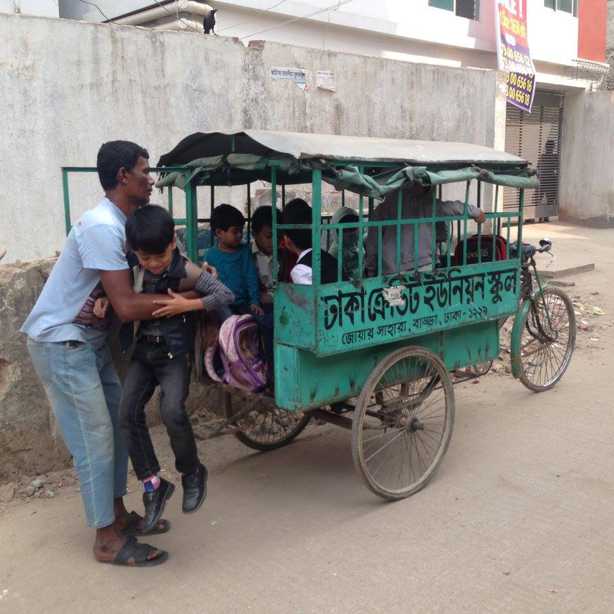 It’s fair to say that for travelers over a certain age, the concept of hostels carries a negative connotation. While it’s true that a few decades ago hostels were crowded and grungy, the same cannot be said in the modern era. In fact, hostels around the world have undergone a renaissance of sorts in regards to amenities, sleeping arrangements, and overall quality. In fact, some hostels have become so nice that they can easily be mistaken for hotels.
The greatest benefit of hostels, as well as guesthouses, lie in their comparatively low cost. In Singapore, for example, a dorm bed at a hostel can be obtained for as little as $13 a night, while private rooms may come as low as $50. These costs come in contrast to hotels, where room rates can rise as high as $620. With that in mind, although hotels may come with a sort of luxurious glamour, hostels are largely comparable these days and save the enterprising backpacker a large sum of money.

Let’s face it, the appearance of the United States dollar bills couldn’t be more boring. Green and off-white, rife with patriotic symbols, and featuring dead politicians, the US dollar has essentially gone unchanged for generations, barring the slight addition of color in the past decade.
When traveling abroad, whether it be to the Euro Zone or to the Philippines, newly-minted travelers frequently marvel at the vibrant currencies, their varying sizes, and their (potentially) wild denominations. Since we’ve been conditioned to such boring money, those same new travelers often dub foreign currencies as ‘Monopoly money’.
As fun as it may sound, this concept is actually a dangerous one. Just as in the game, people approach Monopoly money with a sense of frivolity and carelessness. As such, it’s not uncommon to find new travelers suddenly spending much more than they had originally intended. This is especially common with currencies that utilize inflated denominations, such as the Vietnamese Dong and it’s 23,000 to 1 exchange rate.
In order to avoid this pitfall, even if you’re not mathematically inclined, take care to always remember the exchange rate. That will keep your budget intact, as well as give you a greater appreciation of the varying costs of things in a culture that’s not your own.

5. Plan in advance, but not too far

It’s an unfortunate fact of travel that things go wrong. People get sick, trains never arrive, flights are canceled, and buses break down. As wonderful as having a perfectly planned, itemized itinerary admittedly is, they typically lack the flexibility to overcome such logistic hurdles. This is especially true when traveling outside of Europe and other similarly developed regions.
As an alternative, we suggest planning your foreign adventures in the same manner as a road trip - have an idea of which places you want to visit, but figure out the route only as you go. This way, not only are you completely able to negate the effects of travel difficulties, but you’re also able to save some cash that you can then allocate elsewhere. These savings are made possible through the fickle nature of the internet. For lesser developed countries, things posted online are typically going to cost more. On the other hand, if you shop around once in-country, you may find that bus tickets and hotel rates are much lower than expected. 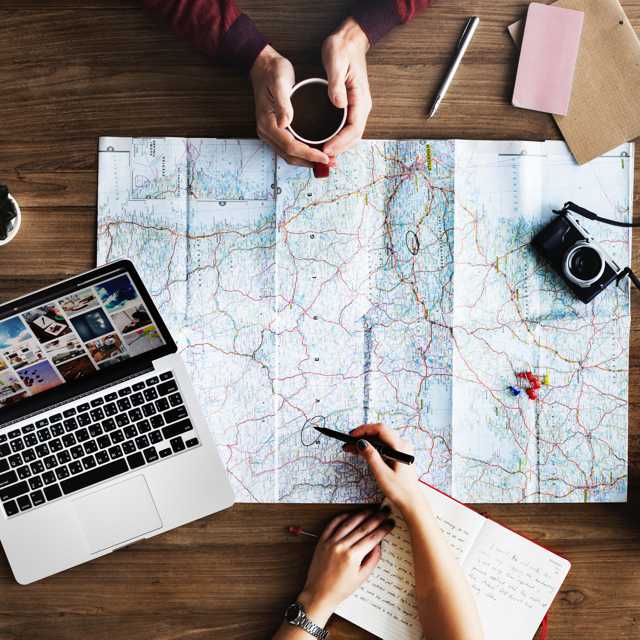 When going to a new country in a new region, the culture shock and language barrier can indeed be scary, as well as an impediment for travel. This is where organized tours may become a bit more appealing. With accommodation, meals, sightseeing logistics, and transportation taken of, it’s easy to see why some folks choose to go with this variant of travel.
However, if budgeting is a priority for you, then we bluntly recommend that you ditch the tour group, as it’s much cheaper in nearly every circumstance to plan your own trip. Obviously, it depends on trip specifics and individual needs, but the difference in cost can be in the range of thousands of dollars. This is particularly evident in Peru-based tours, in which 10-day packages can cost upwards of $1,500, whereas backpackers can expect to spend somewhere in the neighborhood of $25 a day.

Before traveling to any given country or city, there’s nothing more important than learning a bit about it. Even the most cursory research regarding city neighborhoods can dramatically heighten your experience, as well as save you from tons of grief down the line.
This is particularly true when it comes to scams. Obviously, no one likes to lose money unnecessarily, and budget travelers are no different. Doing a bit of reading on the most popular scam variants at your destination prior to departure could mean that you’re able to avoid them completely when they arise.

No matter who you talk to, everyone has a different travel goal, whether it be relaxation, basic sightseeing, or partying. That said, to really know the country you’re visiting, particularly as a budget-minded adventurer, is to focus on immersion.
The great part is that, here, your limited budget plays to your advantage! Take public transportation - check. Eat at local spots - check. Sleep away from the fancy hotels - check. Spend responsibly - check.
At the end of the day, you will get out of your trip what you put into it. If you put in resort-based seclusion and familiar foods, then those are the experiences you’ll come away with. However, if you’re able to take the leap, get out of your comfort zone, and immerse thyself, then you could end up with a life-altering adventure on your hands. Who knew that traveling on a budget could have such great benefits!
The Company