Shipping Between the US and the 7 Most Visited Asian Nations

Whether it’s for business, pleasure, or education, Americans are traveling abroad like never before. In 2016, nearly 70 Million Americans took the plunge and ventured outside of their nation’s borders. Although most of that number stayed within the confines of the North American continent - to Canada, the Caribbean, and Central America, many others jetted off to the far-off lands of Europe and Asia.
Again, regardless of your reason for travel, chances are good that you’ll find yourself in a position where you’ll need to ship something back home. The same goes for others trying to ship something to you. Although is much more common in the case of those who are abroad for business or are relocating, these scenarios may also occur when you’ve left something critical back home or are shipping back a particularly large piece of memorabilia — artwork, furniture, etc.
For these reasons, we’ve taken a look at the 7 Asian countries that Americans visit most, and compiled the shipping information presented through their national postal services. It is our aim that this breakdown will take the guesswork and cynicism out of foreign mail services, and make it easier to feel confident when shipping items from abroad back home.

For the sake of ease when using the postal service websites, we’ve provided the following exchange rates (as of October 2018): 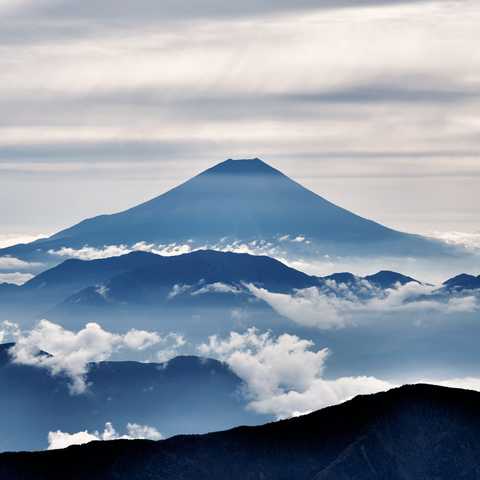 With 1.4 million American visitors a year, Japan receives more than any other country in Asia, barring the People’s Republic of China. With such a volume of tourists from North America, it goes without saying that much shipping takes place between the two countries.
Japan Post Service has been responsible for all post, both domestic and international, involving Japan since the privatization of the original Japan Post in 2007. Depending on whether you’re sending a letter or a parcel, as well as whether or not you’re in need of Express Mail Service (EMS), Japan Post Service’s rates shipping speeds differ.
For instance, if you’re sending a standard letter from Japan to the United States, the region of which falls into Japan Post Service’s second pricing zone, the cost of postage varies depending on whether you select surface of airmail. In this case, if sent via surface, the letter will cost 90 Yen, or 81 US cents, to ship. Selecting Airmail only raises the price by the equivalent of 19 US cents.
Although the price disparity is quite slim when it comes to letters, the cost-benefit reality of shipping larger parcels is such that in certain circumstances, some may choose to forgo rapid delivery in exchange for financial savings. A breakdown of costs between Tokyo and San Francisco is available below.

Although one of the furthest countries from the US on this list, India has nabbed the number two spot in terms of annual volume of US visitors, with 1.3 Million gaining entry in 2016. With much outsourcing of US labor to India, as well as the latter offering many exotic travel locales, there are a variety of reasons for shipping packages, letters, and other goods back to the United States.
India Post is the largest mail service on earth, which is fitting for the nation with the second-highest number of citizens. With roots going back nearly 300 years and close to 155,000 offices in operation, it’s fair to say that it has withstood the test of time quite well. 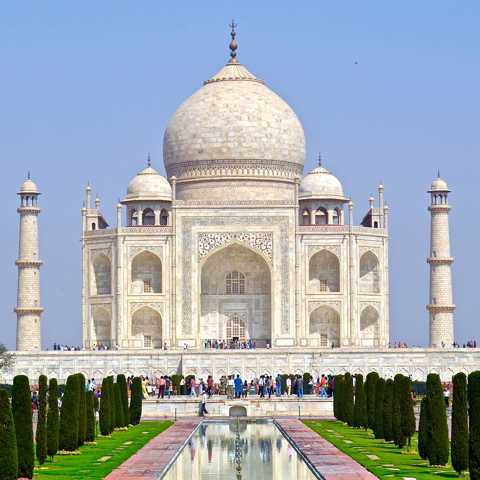 When it comes to international shipping, India Post offers a postage calculator that helps customers assess shipping methods and time, based on the dimensions and type of what’s being shipped. Unlike other countries’ international postal services, India Post offers only air-based transport. Although India Post’s services are relatively inexpensive, the price will obviously increase in the event of additionally required services and larger parcel sizes. 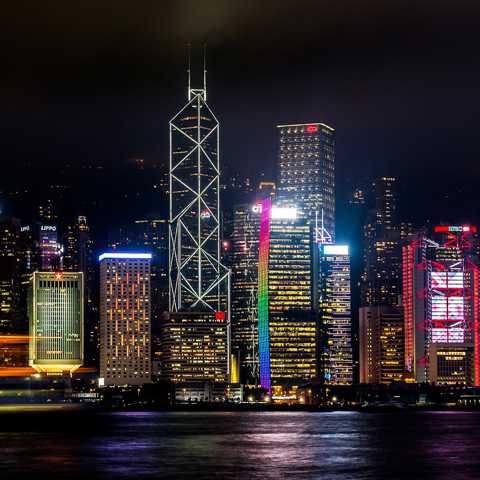 At approximately 1.2 million annual American visitors, Hong Kong is one of the most frequently visited places in Eastern Asia. With its colonial history and its current China-lite status, Hong Kong is frequently a hub for western businesses looking to establish themselves on the continent, as well as for tourists looking to see the confluence in action.
HongKong Post is the main mail-handling entity of the region, and although its current existence goes back only the 1997 Handover, its actual historical roots date back to the mid-19th century.
Like nearly all other major mail carriers, HongKong Post offers international shipping in addition to its regular domestic services. With Air, Surface, and ‘SpeedPost’ transport options, HongKong post is ready to ship for those of all needs.
Their postage calculator, which helps to determine costs and shipping times, is based primarily on weight, the need for tracking, and shipping speed. Unlike other postal services, the breakdown between letters and packages is incidental rather than the centerpiece of pricing.

Complete with white-sand beaches, lush green jungle, and cities that are teeming with culture, Thailand is, unsurprisingly, a major travel destination. In recent years, these features have become more well-known, as tourism has seen a spike, resulting in over a million US citizens visiting in 2017.
Beyond tourism, certain Thai cities and towns have become hubs for enterprising US expats and digital nomads looking for cheaper costs of living and nicer weather. As such, there are always people looking to arrange a shipment between nations. 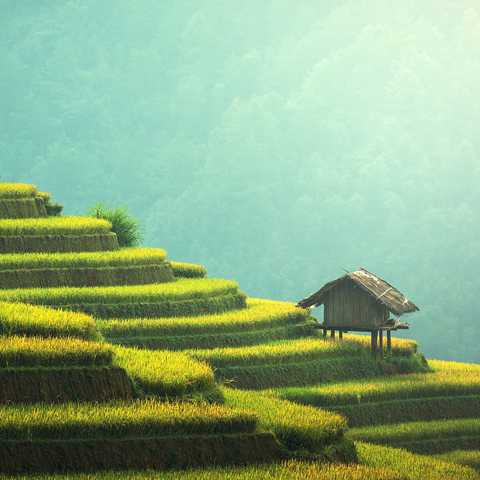 Thailand Post, though originally known as the Thai department of mail, has been in modern operation since 2003. In terms of international shipping, Thailand Post provides a very simple, easy to use, fee calculator that takes the guesswork out of navigating a postal service in a language that’s not your own.
With an eye towards simplicity, Thailand Post determines its international shipping costs by way of weight and shipping method. Disregarding the potential for express shipping, a 15 pound (equivalent) parcel sent by surface means, for instance, costs 3950 Baht, or $121, while shipping by air costs three times that number. 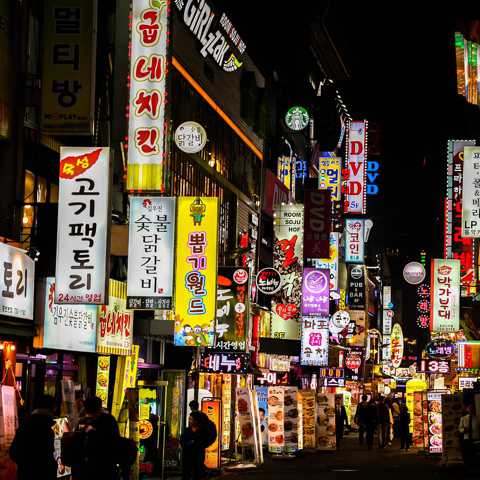 Home to several internationally-recognized corporations, as well as to over 868 thousand annual American visitors and expats, South Korea is rapidly becoming a major Asian destination. Korea Post, not to be confused with the North Korean Postal Service, has been the main postal administration for South Korea since 2000.
When it comes to international shipping, Korea Post makes postage determination rather simple. Although lacking in the automated calculator available with many of its regional counterparts, Korea Post offers a series of charts that do the work for you.
Based primarily on the weight of what’s being sent, Korea Post divides its cost breakdowns by regional country ‘zone’ and country-specific category. For instance, while Macau and Poland are present in zones 1 and 3, respectively, many other prominent nations are kept out of the zone categorization and priced individually. These nations, which include the United States, also feature China, Australia, Brazil, Canada, and France.
Beyond weight and country, Korea Post also bases its pricing scheme on selected shipping modes. Comprised of Airmail, surface mail, and express surface, as well as a myriad of additional features, the ultimate cost of shipping may vary greatly for letters and parcels alike.

Comprised of nearly 8,000 islands, the Philippines is, broadly speaking, a massive archipelago known for its bustling cities, pristine beaches, and awe-inspiring biodiversity. As it turns out, surprisingly, people not only want to see the sights, but also want to do business there. Tech companies, call centers, and data entry firms abound in the Philippines, and they likely contribute the three-quarters of a million American visitors that country receives every year.
With such a business-centric focus, the Philippines obviously need a comprehensive mail service to help administer the sector. As it turns out, it does! The Philippine Postal Corporation, or as it’s been known as since 2012, PHLPost, fulfills that need nicely. 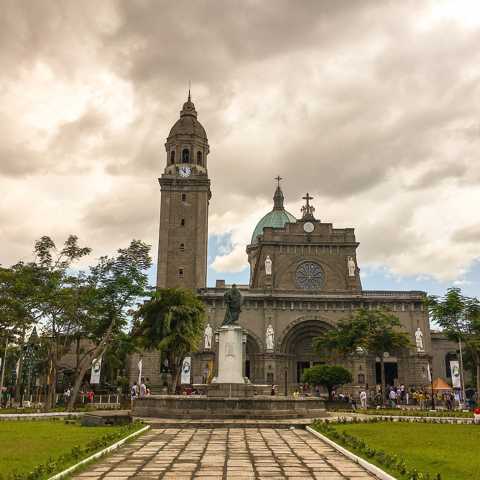 PHLPost has a history that goes back nearly 250 years, and handles all mail-related matters for the country, both domestically and internationally. In the case of the latter, PHLPost determines its rates based on three factors - destination, weight, and mode of shipping.
In the case of the United States, as can be seen below, shipping methods include air, surface, and surface/air lifting (SAL), with a maximum allotted weight of 31.5 kg (69.45 lbs). In any event, which is clearly based on individual circumstances, the cost of these options start rather high, but increase in low-level increments thereafter. 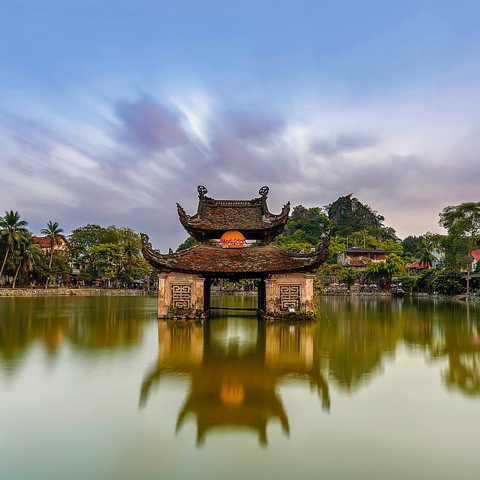 From cheap food to transportation and accommodation, Vietnam’s low cost of living has made the Southeast Asian nation a popular destination for tourists, backpackers, and expatriates alike. In recent years, as with many of its neighbors, Vietnam’s seen an increase in the number of US citizens entering the country, with 614 thousand arriving in 2017.
This universal low cost also applies to international mail and package shipping. Vietnam’s national postal service, the eponymously named, state-owned Vietnam Post, is admittedly rather new, with its establishment going back only to 2007.
When calculating transportation fees, Vietnam Post keeps things simple. Based only on the destination, as well as package size OR weight, Vietnam Post’s price tiers are determined by the service that best fits the customer’s needs - Ordinary Mail, Registered Mail, Parcel Pose, and Express.
When using the online calculator, however, we advise that users stay focused on their desired service. This is due to the simple size OR weight categorization. When sending a 7kg parcel, for instance, the cost of ordinary letter mail will inflate proportionally, thus creating a potential source for confusion. With that in mind, though, customers should find Vietnam Post to be a reliable and straightforward mail service provider.
The Company