Need a Lyft? In an Uber rush? Chances are good that if you’re residing in the United States, both these questions have taken on double meanings in recent years.
From the most urbanized to isolated societies, applications such as Lyft and Uber have brought a new form of transportation, known as ridesharing, to the masses.
As part of the greater sharing economy, or through the uberisation effect, these applications take advantage of our telecommunication networks and smart devices to make our lives easier. In short, they do this by ultimately removing the larger companies from the equation and facilitating mutually beneficial peer-to-peer interactions.
Ride-sharing is a great example for this, as anyone who has used an associated application can attest. When using Uber, for instance, a customer must only broadcast their need for a ride to a specific destination, and any registered nearby driver may accept. Uber, of course, takes its cut from the fares, but otherwise, the transaction is solely between the consenting driver and customer.
For many in the world, Uber has become more than a household name for ride-sharing applications, becoming more akin to the industry as a whole, rather than a specific brand. This is in the same regard as to how Kleenex has superseded tissue paper, despite other brands available on the market.
That said, there are actually several competitors to Uber outside of the United States. If you’re traveling abroad, having some knowledge of them, as well as their existence, might save you when you need it most, particularly if your destination is not supported by the company you’re familiar with. With that in mind, we’ve compiled 7 of the best international ride-sharing apps that you’ll likely encounter in the course of your international adventures.

You may have never heard of it, but Didi Chuxing, or DiDi, is one of the most valuable and utilized ride-sharing apps in the world. Although it has recently expanded into Australia, Mexico, Brazil, and Taiwan, DiDi is primarily a China-centric application. With a presence in over 400 cities therein, DiDi got a jumpstart to prominence when it took over Uber’s in-country operations in 2016.
Today, DiDi is headquartered in Beijing, employs over ten thousand people, and facilitates over 30 million rides on a daily basis. It’s doing so well that’s its valuation has made it the 3rd most valuable start-up in the world, behind only Uber and Ant Financial. Beyond simple ride-sharing, Didi also provides ebike sharing, taxi, minibus, carpool, luxury, food delivery, and designated driving services. 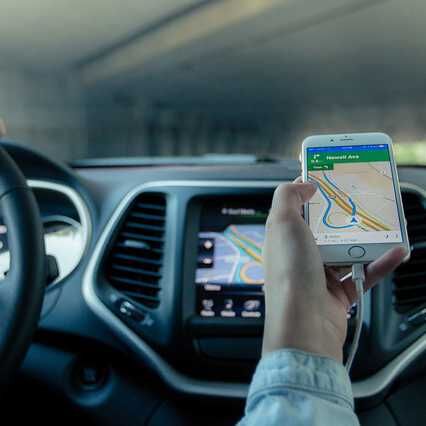 Beyond simple backpacking and tourism destinations, Southeast Asia has become a hotbed for development in recent years. Vietnam’s economy, for instance, is growing at a rate similar to that of China. With such development comes dedicated applications, such as Grab. As southeast Asia’s sole remaining ride-sharing app, since they acquired Uber’s regional operations in 2018, Grab dominates the industry of eight major Southeast Asian nations.
Originally developed and launched in Malaysia in 2012, Grab has since relocated to Singapore and expanded to encompass the markets of Myanmar, Thailand, Indonesia, Philippines, Vietnam, and Cambodia. With over 68 million users and 3.5 million rides on a daily basis, it’s fair to say that they’re doing well. Although the app indeed focuses on ride-sharing, Grab also offers bike sharing, food delivery, taxi-hailing, and digital payment resources.

If DiDi and Grab are “the Ubers” of their respective regions, then Careem is the Uber of the Muslim world. Although based in Dubai, in the United Arab Emirates, Careem has introduced expansions into many of its neighbors and beyond. Totaling 14 countries, including UAE, you can find Careem in Qatar, Saudi Arabia, Bahrain, Lebanon, Pakistan, Kuwait, Egypt, Morocco, Jordan, Turkey, Palestine, Iraq, and Sudan.
Complete with ride-sharing, taxi-hailing, bus, and food ordering services, Careem brings many modern conveniences to cities and countries that didn’t have them previously. Careem was the first application of its kind to operate in Baghdad, for instance. Beyond its technological offerings, Careem also aims to be a modernizing social influence, wherever possible. For example, as a result of the region in which it operates, a large portion of Careem’s customers are women. With that in mind, Careem has made an effort to hire more women, with a goal of 20,000 by 2020.

Given that it has the second largest population in the world, transportation is everything in India. From rickshaws to taxis and their infamous train network, the Indian populace is always on the move. Therefore, it should come as no surprise that there is a dedicated app meant to ensure their way from points A to B.
Operational since 2010, Ola Cabs controls 60% of the Indian market share and facilitates approximately 150,000 rides a day. Since 2018, Ola has maintained operations not only in India, but also the UK, Australia, and New Zealand. With an emphasis on affordability and safety, Ola has tried to appeal itself to the greatest possible cross-section of users. If you’re a family looking for a cheap, yet safe, means of transport, then Ola has you covered. The same goes for those looking for en-route entertainment and safety.
In the spirit of differentiation, Ola Cabs offers greater fleet variety than those found in traditional ride-sharing apps, with options including auto rickshaws, motorbikes, microcars, sedans, SUVs, luxury cars, and so on. Beyond car selection, Ola has also begun to offer meal delivery and public transportation ticketing.

Without a doubt, Europe is the hip and trendy place to be. Distinct culture, easy transportation, and a certain authenticity all make would-be travelers from around the world visit the continent. The creation and solidification of the European Union in recent decades has made getting around, and experiencing all that the region has to offer, easier than ever before. 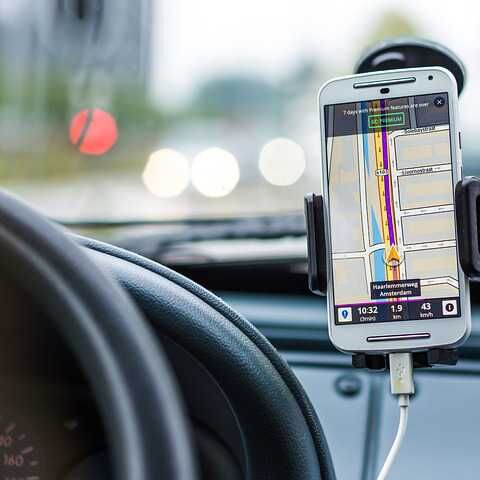 When it comes to ride-sharing, Europe’s premier application, BlaBlaCar, helps contribute to this ease by emphasizing the sharing nature of the industry. Founded in 2006 in France, BlaBlaCar sets itself apart from the competition by placing focus on those wishing to travel between cities at shared rates. Essentially a carpooling service, BlaBlaCar allows users to select start and end points, which then enables them to connect with drivers and other travelers who are interested in making the journey at the same date and time.
With only a small handful of exceptions, particularly Scandinavian and former Yugoslavian nations, BlaBlaCar is available throughout the European continent. Although the service has opted against expansion into the United States market, they have indeed gone beyond their centric region in recent years. This has been evidenced by BlaBlaCar’s presence in Brazil, Mexico, and India.

Launched in Brazil in 2012, Easy Taxi is an application that takes the platform found in many ride-sharing services and applies it largely to taxis. Therein, EasyTaxi allows users to easily connect with taxi drivers anywhere at any time.
Though the application is clearly, and solely, focused on the central and South American markets, Easy Taxi has found its niche in countries with emerging economies or inefficient transportation networks. With that in mind, Easy Taxi made short-lived expansions into several international markets, including those in Malaysia, Nigeria, and Ivory Coast.

Now in only nine countries - Brazil, Uruguay, Peru, Mexico, Argentina, Ecuador, Bolivia, Chile, and Colombia - Easy Taxi has set about providing the best service possible. With options customized on a per-country basis, users are able to select the form of transportation that best suits their needs. In Colombia, for instance, customers may choose between pet-optimized vehicles, registered drivers, or regular taxis. On the other hand, in Brazil, automotive variants include luxury cars, economy cars, and regular taxi service.

Nicknamed ‘The Start-up Nation’, Israel has fostered an environment over the years that encourages would-be developers and entrepreneurs to follow their technological dreams. One such company resulting from this is Gett, which operates as Israel’s premier ride-sharing app.
Originally developed in 2010 as GetTaxi, Gett has since expanded its services beyond that of taxis and beyond the borders of Israel. Today, the app can also be found in the United States, United Kingdom, and Russia. Although the details of Gett’s service options vary from one country to another, the basic details remain about the same.
Between black cabs, corporate mobility, courier commissions, and taxi sharing, Gett has found a way to appeal to a large cross-section of several markets. To that end, it’s no wonder that in 2018, their valuation rose to a total of 1.4 Billion USD.
The Company